My wife left me. My kids stole my money. My grand kids burnt my house down. I had my dog for dinner. He was hot. 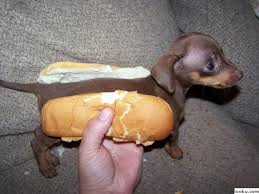 If that doesn’t get your attention, I give up.

This post will encapsulate my experience of the last seven months blogging. I’ll try to keep it condensed and short so don’t expect a lot of detail.

What you see below is my dashboard. Most bloggers would be horrified if their dashboard was made public because it contains a lot of their trade secrets. I’m a pretty open guy so here you go…

I wrote a book and hated to see it give up the ghost after the initial deluge of orders. So I started a blog because they say that’s what you do.

Blog is such an ugly word. Why couldn’t they call it Whispee or Scootch? Something more pleasant sounding to enunciate. Blog has a hard and biting consonant beginning and a choking and gasping up-chuck ending.  Kinda like some other hard consonant and four-letter words my mother used to expunge from my mouth using a bar of soap.

“But mom, it wasn’t my fault! Those guys climbing the power poles taught me those words.”

But we can’t turn back the clock. We’re stuck with Blog.

February brought 83 views. March brought 77 views. I just about quit with the negative trend getting worse by the day. I had some decent posts but the internet is a cruel place.

April brought 680 views, mostly because we carted an Afghani family to Seattle several times. He helped the US Army for 11 years, the Taliban started plunking lead in his and his family’s direction so they hightailed it to the USA.

As soon as they landed in LA, Homeland Security locked them up and tried to send them back to TalibanLand. A great way to say thanks. National news carried the story. Anderson Cooper wanted to interview him. He declined.

Michele and I were privileged to help them out of the pickle.

In July, against my wife and my No-it-all niece Chelsea’s advice, I threw caution to the wind and offered a few sand dollars to the winner of a weekly drawing to promote this blog. Don’t get me wrong, I love my niece Chelsea. She’s great! She has curly hair. That’s about it.

So with the promotion, in spite of the women in my life, I saw a giant uptick in views and an increase in blog followers. However, I’m still trying to give away the bucks. $500 doesn’t seem to be enough to make people wanna be my blog follower.

We (you and me) are going to have around 3,000 views in August alone. I hear a few good things along the way about the book and post so I’ll keep it up until I have a coronary or the county shuts me down for not having a blog license.

I have learned two things make a successful, busy and popular blog.

Nothing else matters. I found when my son Michael got married and I titled the post “We Lost Our Baby Boy Today”, I got more hits than any other post I’ve made.

So I titled this blog “My wife left me. My kids stole my money. My grand kids burnt my house down. I had my dog for dinner. He was hot”

I then wondered “What am I going to use for eye candy to supplement the title?” I settled on a hot dog.

Another item of interest… I’m never going to ask my readers to share a post again on Facebook. I’m not a tech kinda guy but I’ve slowly arrived at the realization that Facebook sharing is worthless. They’ve got it rigged so readers who are not my Fb friends will never see my posts that you have shared.

Unaware and oblivious Facebookers outside my circle of friends will never hear about or see my blog. No wonder this thing hasn’t gone viral!

So after this, I’ll ask you, my appreciated and valued followers, to just use the link recoveringidiot.com and make a comment on your page if you like a particular post. Throw my name in your comment so I can stay in-the-know. This little change applies to the contest drawing also.

I stuck an Archive button at the top of the blog page in case you want to go back in time and see a bit of history.

Thanks for your comments, compliments and buying the book! I’m planning on paying one of you back with $500.

Maybe even Chelsea. Speaking of Chelsea, she ate crow, admitted she was wrong and has been a strong blog supporter ever since.

2 Replies to “My wife left me. My kids stole my money. My grand kids burnt my house down. I had my dog for dinner. He was hot.”