Afghan jumping jacks OR Me in business

Some people work in fields that they really shouldn’t. Kind of like a one-armed drummer.  Kind of like an Afghan recruit doing jumping jacks.

Kind of like me running a business. Or being a Boy Scout safe-driving merit badge counselor. Or telling friends how they should invest. Or trying to count to ten using my fingertips.

Six of one and half a dozen of the other.

I could go on and on about the many hats I’ve worn, each of them far bigger than my head can fill.

When I was in college, I wasn’t sure what it was I should do so I took a vocational aptitude test. After testing, I was given one job that my test recommended fit me. It was…

A merchant marine. I had no clue what a merchant marine did but I figured it included a lot of bouts with sea sickness so I never enlisted or whatever it is you do to join up. We didn’t have Google back then (1976) so I’ve always been in the dark about the job. You know, the job that I should be doing.

The unlicensed deck hands, also known as sailors or seamen, are in charge of loading and unloading the ship’s cargo, keeping the ship clean and performing minor maintenance duties. They also take turns on watch to prevent collisions with other ships or objects.

Here’s a picture of some merchant marines back in the day: 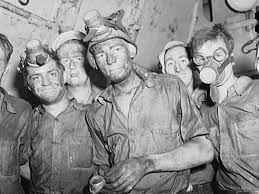 I think I would fit right in.

Six of one and half a dozen of the other.

I wonder if anyone else takes vocational aptitude evaluations? And if of them landed anywhere close to what the quiz predicted they should be?

2 Replies to “Afghan jumping jacks OR Me in business”